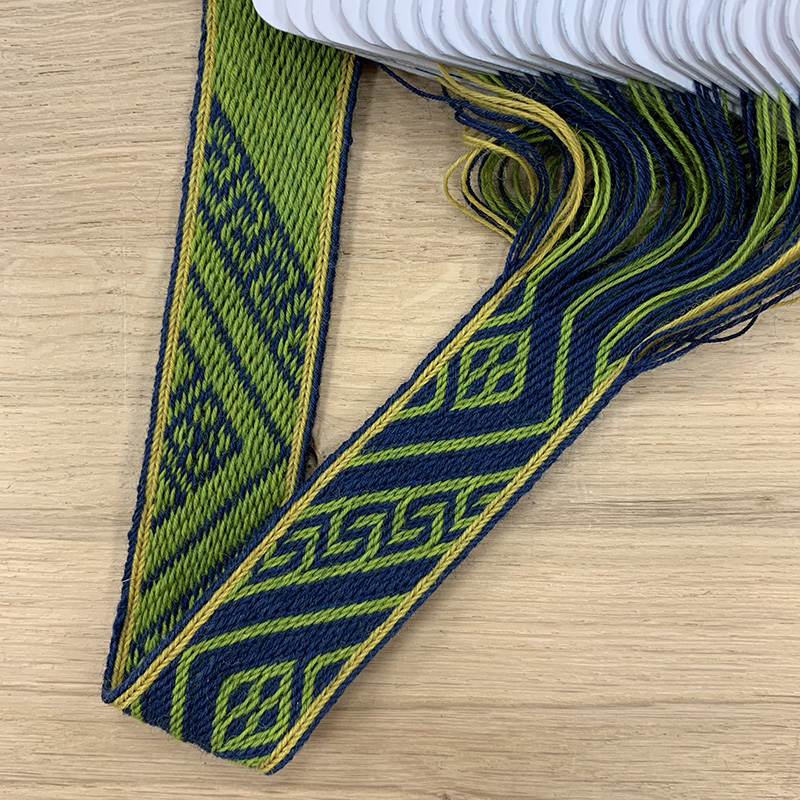 Some time ago I received an email with picture of a historical band and the question whether I knew in which technique the band was made. It was a 3/1 broken twill and since I think drawing twill patterns is one of the nicest puzzles, I offered to draw the pattern.

However, I had one problem with the design of the band; it contained a swastika symbol. A symbol I carefully avoid weaving, although in ancient cultures it has been used as a symbol of well-being. So what to do with the pattern? The rest of the design was just really beautiful. After four days of hesitation, I carefully asked in a reply to the email: “Do you know that there is a swastika symbol on the band and is that what you want?”. The answer was yes twice, because the design is historically correct . So I went on, because I understand that reasoning too, but I think it’s quite a dilemma. Do you stick to the original design or are you changing it because the swastika symbol has been misused by the Nazi’s?

Then I decided to do something I have never done before: I draw the pattern and sent it out without weaving it. In my collection of bands, I don’t want to have a band with a swastika on it. So I made some changes to the pattern afterwards to get a nice geometrical design and wove that instead. I now know that 80% of the pattern is written out correctly, let’s hope that the other 20% is correct too…..

showing that I’m not the only one with this dilemma