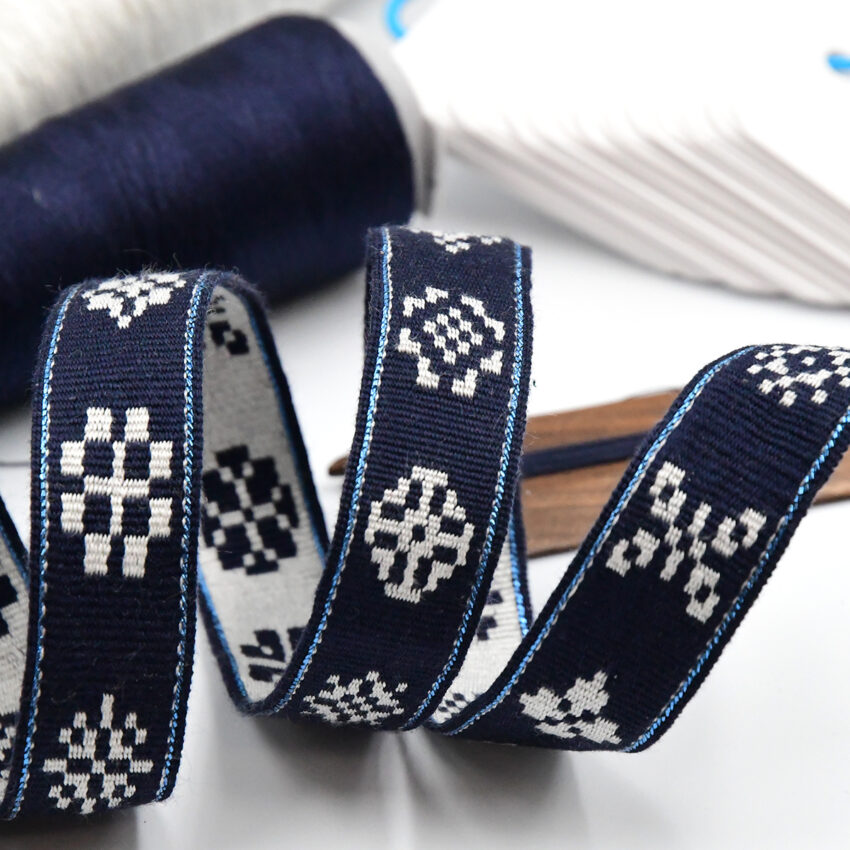 The regular workshops I give at the “Weefcollectief Fryslân” mean that I can frequently stay in hotel Lunia. When I’m not teaching, I settle into the hotel lounge with my inkle loom and iPad. The tranquility of Friesland and that I only have to think about weaving and nothing else, means that already a lot of patterns have been drawn in that lounge.

When I was in Lunia last January, I got an idea for a flower band in Icelandic Double tablet weaving: a green band with all kind of flowers. Within a few minutes the first pattern was a fact and five more flowers followed. That was it… all the other patterns I drew didn’t really resemble a flower. But what I drew actually looked quite nice. I sent the sketches to my weaving friend Karoline without saying that they were flowers. She immediately responded: “what a nice snowflakes!”. And there was the solution: you can draw many more different snowflakes than flowers! Not long after, there were 30 snowflakes on paper. They’ve been patiently waiting for a while, because publishing a band with snowflakes in the spring doesn’t make sense. Right now, with the winter season approaching, the time had finally come.

During my stay in Friesland last September, I started to weave the snowflakes and I asked Ria and Fenny to test the patterns. And so it snowed at the beginning of October in three different places in the Netherlands. Three designs did not make it to the final version, one design has been modified and so 27 snowflakes are left.

So let it snow all around the world!

To my Etsy shop